In light of the news that a ‘Paw Patrol’ movie is coming out, I thought I would revisit this piece from 2018 and then do everything I can to make sure my daughter doesn’t hear about this godforsaken movie.

Apparently, the whole thing started when a reporter for The Guardian Martin Belam took to Twitter to get curious about funding for the pups, which to be fair, is something nearly every parent who has sat through an episode of Paw Patrol has thought about. Belam’s tweet led to a rush of people, people we can only assume are parents of Paw Patrol-obsessed toddlers, tweeting out their own questions, their own theories, and their own attempts at answering Belam’s question.

This made total sense. Again, every parent who has had to sit through an episode of the show has found themselves thinking it more than they should or want to and asking questions that there are no reasonable answers to.

It’s not like this is limited to just Paw Patrol of course. I have questions about the adults who live on Sesame Street, why Daniel Tiger wears a sweatshirt, but no pants, and how quickly things would fall apart for Buster Moon if they ever did a sequel to Sing. Our kids can watch the same show over and over again worry-free, but as parents, we don’t have that luxury. Our real-life experiences and ages are going to result in us poking holes in plots, asking questions, and making assumptions. It’s a damn shame when you think about it but there really isn’t much that can be done about it. It’s true. Parenting is tough.

Paw Patrol, a show about a dude and his pups who solve problems in a town called Adventure Bay, does raise more than its fair share of questions. Belam’s is a good one, but it’s definitely not the only one. Here are 30 I can rattle off without even finishing my coffee.

1. Ryder, the leader of the Paw Patrol, is reportedly 10 years old. Cool. So where the heck are his parents? I don’t think we’ll ever get an answer here, but there was at least one reply to Belam’s tweet that I could possibly get behind.

3. If Ryder isn’t a genius, then who is the genius behind the Paw Patrol’s technology? Who is making the Pup Tags and the vehicles and the slide and the elevator and…well, you get the gist.

5. Does Ryder go to school?

6. Does Adventure Bay even have a school?

7. Do taxpayers fund the Paw Patrol or someone else?

9. What kind of community elects a mayor whose best friend is her pet chicken? And how qualified is she to be mayor? Did anyone else run or did she win by default?

10. Speaking of mayors, does Mayor Humdinger live in a cave? I feel like he does and I also feel like that’s a weird place for a mayor to live. That doesn’t seem like a controversial thing to say.

11. How come there is only one female full-time Paw Patrol member? (I’m not counting Everest. She’s a part-timer.) What is this, the Grammys?

12. Is Adventure Bay some kind of geographical oddity? As far as I can tell they are within driving distance of both the jungle and the snow-covered mountains.

13. Wouldn’t the Paw Patrol be more effective in responding to emergencies if they skipped some of the formalities like always going to the Look-Out Tower beforehand and sitting through the Powerpoint-driven briefing on the current mission?

14. Does Skye have to log her flight plans with the FAA?

15. Does Adventure Bay have an actual fire department and police department or are they totally reliant on Marshall and Chase to handle these duties? If that’s the case, does that mean Chase is packing a firearm or at the very least, mace?

16. Yo, Rocky is kind of a genius if you think about it. (This isn’t really a question, but whatever.)

18. Wouldn’t he need one to drive the Pup Cruiser?

19. What about his captain’s license? Seems like he’d need that to drive that boat of theirs. It’s at least 100 tons. This isn’t a pleasure boat we’re talking about.

20. No really, does Mayor Humdinger really live in a cave?

21. Do we never see Foggy Bottom because it’s shrouded in fog?

22. Is that why Mayor Humdinger hates Adventure Bay so much? 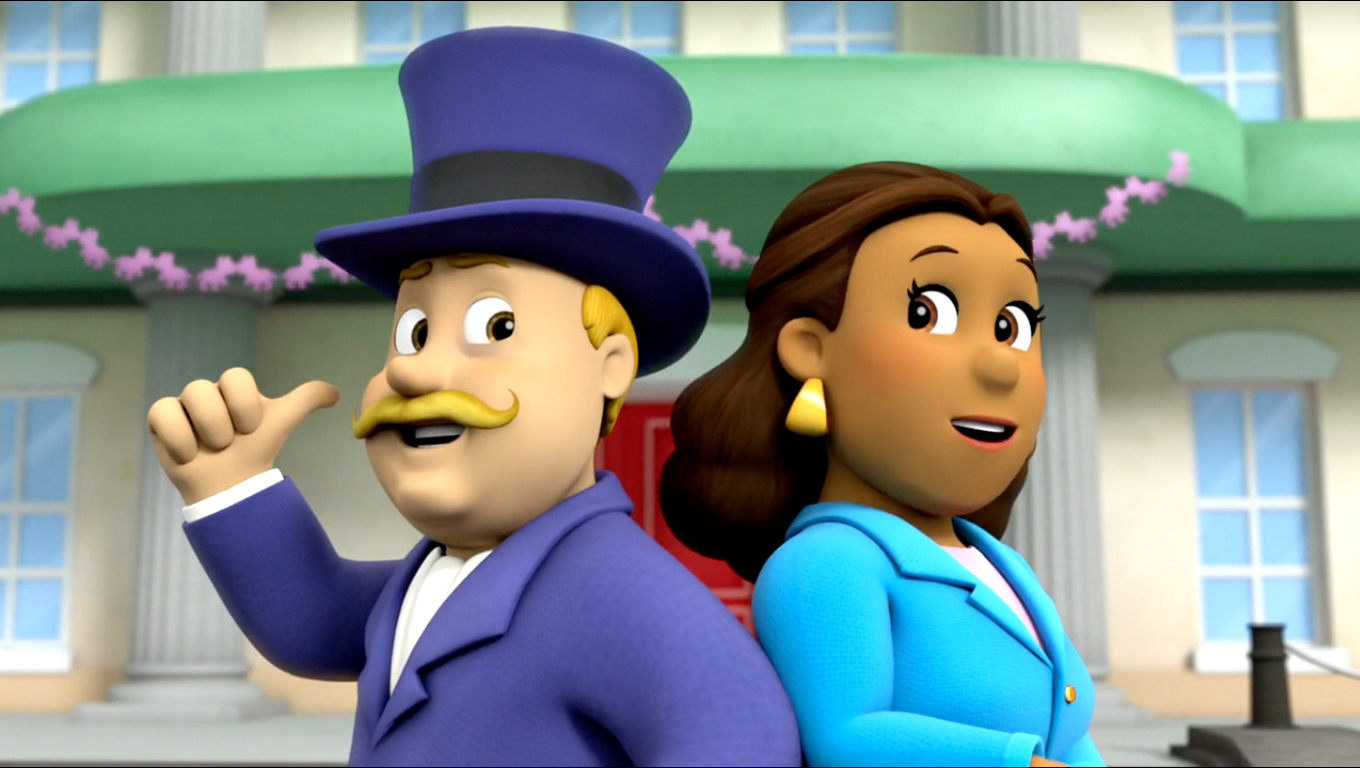 23. Do you think Mayor Goodway and Mayor Humdinger get together in the end?

24. Do you think maybe they dated in the past and it ended badly, which is why Mayor Humdinger hates Adventure Bay so much?

25. Is it a bummer being a dog in Adventure Bay that isn’t part of the Paw Patrol?

26. Where does the water come from that shoots out of Marshall’s water cannon on his pup pack? I don’t see any kind of water supply. And don’t try and tell me he has water in the pack and that’s where it comes from. He shoots out way too much water for that to be the case. How much belief are supposed to suspend here?

27. Aren’t we owed some kind of background information on Ryder? Like was his dad a mechanic and his mom a veterinarian and they both taught him everything he knows. But then they died in a tragic accident and it left him alone, only to be befriended by the pups of the dogs his mom once tended to?

28. They say this show is about teamwork, but isn’t it really about learning to listen to the boss? It kind of seems that way.

29. What’s with all the single middle-aged dudes in Adventure Bay? Not saying there’s anything wrong with that, only wondering where the ladies are.

30. For instance, are there more than three women in Adventure Bay? I can only think of Mayor Goodway, the karate instructor and the girl who works at the pet store. That’s it.

That’s just a start. I’m sure if you gave me another cup of coffee I could think of thirty more.

Ryan O’Connell is originally from sunny Portland, Maine, went to college in Baltimore, spent some time in Philadelphia, and now lives by the beach in wonderful New Jersey. In short order, Ryan loves the Boston Red Sox, New England Patriots, the Black Keys, the Roots, his family, The Wire & the writing of Dave Eggers although his last couple books have been “meh” at best. He does not care for waiting, appreciates someone who maintains a nice front lawn, and harbors a constant fear of losing his keys.